One Frame Per Second 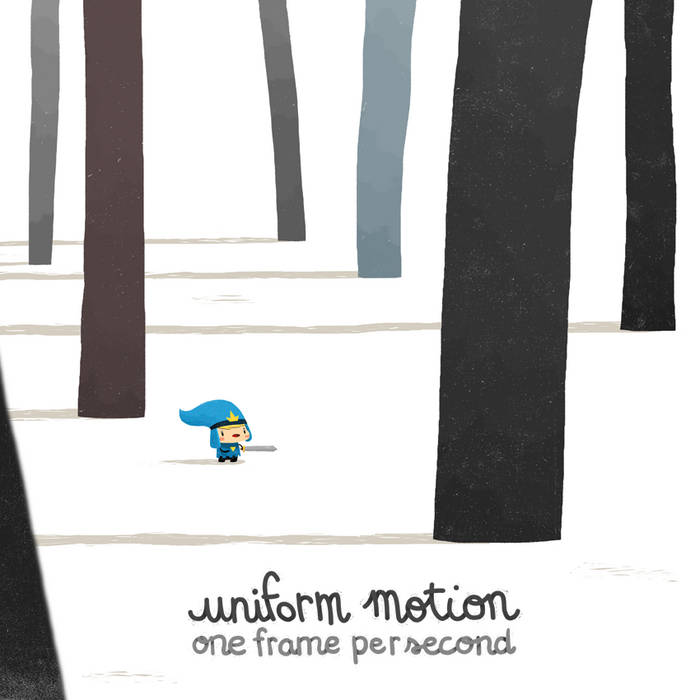 Ale MG I don't remember how I found out about this band, but this was their first album I listened to (while I was living alone far away from my birth country). Its concept, artwork, music, lyrics, story.. fit magically perfectly into a synesthetic mood. It makes me think about a bright version of the videogame Braid. I would listen almost every night during my first month away from home and feel cuddled and loved to the point of bringing tears to my eyes. I can't describe how much I love this album Favorite track: The Victory Of Buckets And Doors.

Enzo Paolo Baranelli Great album. I reaally liked Magic Empire, but this one is a brilliant mix of words and music. Highly recommended. Favorite track: There Is No Way There Is No Way.

Team Oktopus Only 1 euro?? REALLY?!?!? A must buy Favorite track: I Was Crushed By A Forty-Foot Man.

teh_ I was looking for kind words to say. Really, the only thing I can think of to express my love for this album is: this is my go-to nap music. No other music makes me feel relaxed and at ease like Uniform Motion's soundscapes and bittersweet stories. Favorite track: The Victory Of Buckets And Doors.

This is Uniform Motion’s third studio album. Recorded in a sound engineering school in Paris, mixed and mastered by the band, however, the production of this album is of little importance, more importantly:


One Frame Per Second is an adventure. The Story of Little Knight, starting off in life with the kind perils one would expect of a young knight. He gets attacked by a giant, his childhood sweetheart, the Princess, gets kidnapped and he must face his biggest fears in order to save her.

One Frame Per Second details all the hazards the Little Knight faces.


The Little Knight begins his journey by going back in time, (not literally of course, that would be impossible!) remembering the first encounter with his noble lady, reminded of how they used to pick apples together and play tricks on wizards at Magic School by placing buckets of sludge above the door.

Nostalgia encourages him to go back to his roots and he reminisces about the innocence of childhood, walking the streets he grew up on, reliving the events that forged his character.
This provides him with the strength he needs to embark on his quest.

He sets sail and quickly finds the Forty-Foot man who stole his beloved living a cozy life on an island nearby. As most of you probably know, fighting a man 7 times taller than you is not an easy task. He gets beaten up of course but vows to never give up and swears he we will find a way to free the Princess.

The islanders, who have been oppressed by the giant for centuries, are so impressed by the bravery of the young lad that they start to follow him wherever he goes, treating him like a messiah. We’re all used to seeing crowds of people standing, and staring, and acting silly, but when they follow you around like idiots, you have to do something about it! So he flees to the nearby mountains and camps there for a while.

He comes across the devil during his stay, who offers him weapons and magical power so he can defeat the giant, in exchange for his soul of course. Selling one’s soul to the devil for a sword and some magic beans is a small price to pay for a princess, he thinks, so he swiftly shakes on it.

He returns to the Island to find the giant in chains. The islanders, so inspired by the courage of the Little Knight, worked together to defeat the tall ogre during the Knight’s absence.

The Little Knight is obviously a little pissed off about this. He figures that the devil had probably been aware of this fact when he swapped the weapons and magic for his soul. Bloody devils, you can’t trust any of them!

To add insult to injury, he learns that the Princess had been freed by the giant long before the islanders had defeated him. It appears that he had grown tired of her and put her on a boat, blindfolded, a few days before the young knight had arrived on the island and confronted the giant for the first time. Why on earth did that rude giant not say so in the first place?

Thinking to himself the magic may not be wasted, the Little Knight places the sword in the ground and uses the magic to ensure it doesn’t budge. He attaches some rope to it, and to himself, and magically flies off the find the Princess.

Recorded by Damien Gourlet and Dylan Butler in Paris, April 2011 at Undisclosed Location.